The dollar was down on Monday morning, but capped its losses after a meeting between U.S. and Chinese officials, originally scheduled for Saturday, was delayed. Scheduling conflicts reportedly led to the postponement of an online meeting to discuss trade, as well as other issues. Some investors welcomed the news, with the delay leaving the phase one trade deal between the two countries intact for now.

Recent rallies still suggest a bull alignment with potential for a climb against previous topping levels at 1.1880 and chance for a larger drive to 1.1930. Minor corrective trade must stay stable over 1.1801 to motivate rallies. A close under 1.1755  rejects the upturn. 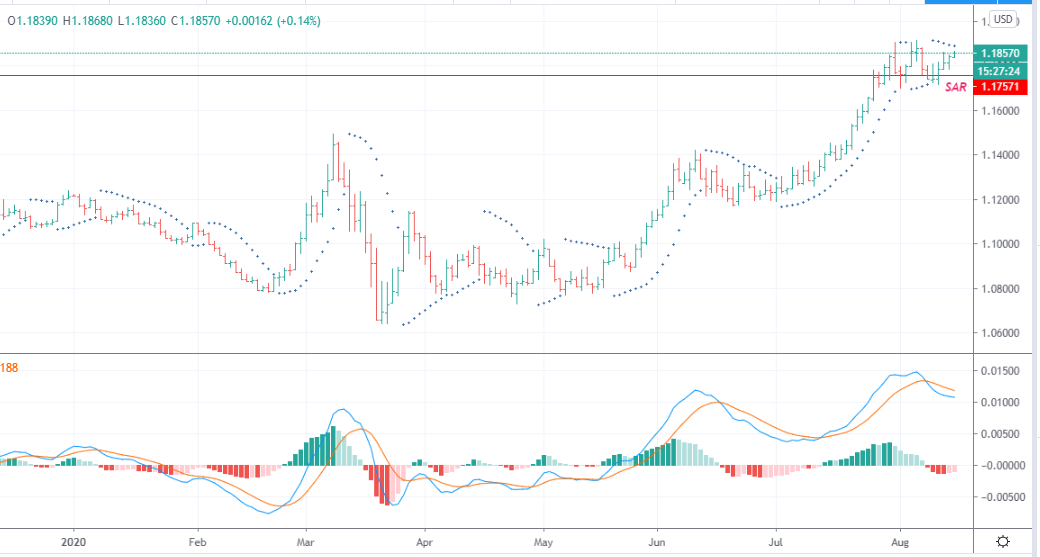 Legal Documents
Complaints Form
Execution Quality Summary
Investor Compensation Fund
FxGrow is a brand name of Growell Capital, which is authorized and regulated by the Cyprus Securities and Exchange Commission (CySEC) with (CIF) license no. 214/13.