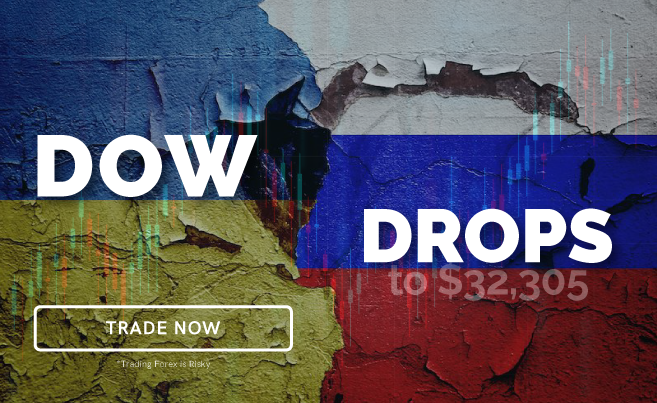 Crises are often seen to be full of threats with respect to amateur traders, yet full of abundant opportunities with respect to the professionals. Large economic and geopolitical changes are usually accompanied with massive long and short trading volumes, where significant amounts of wealth transfers are recorded. The Ukraine invasion spiked rippling volatility across several markets, where the safe haven, Gold , the leading U.S index, Dow Jones, and the main source for war, Oil , are seen to be attracting the greater amount of investor participation.

As oil is a finite resource, its price can see massive fluctuations due to supply and demand changes. When geopolitical tensions rise, this volatility makes it extremely popular among traders, with the aim of making large profits, to increase their equities in a relatively shorter time span.turbulent conditions.


*Trading Forex is Risky
With U.S rate hike fears, U.S sanctions on Russia, along with drastic surges in oil prices, the Dow lost nearly 1840 points from 34143 to 32305 so far.
The Dow Jones’ fall of nearly 3,000 points on March 2020 ,16, was the largest single-day drop in U.S. stock market history to date. Closing 21,200. In terms of percentage, it was the third-worst drop in U.S. history.
The stock market crash of 2008 occurred on September 2008 ,29. The Dow Jones Industrial Average fell by 777.68 points in intraday trading. Until the stock market crash of March 2020 at the start of the COVID19- pandemic, it was the largest point drop in history
As the Dow reflects the backbone of the U.S economy, closely tracking its leading companies, the magnitude of its drawdowns is similar to that during its rebounds. The index is highly sensitive to economic disturbances; yet, once the fog is clear, the large bull volumes get the index back on its primary bullish trend.

A Few Steps To Enroll